As sex crimes lawyers, we know that allegations of child abuse can be life-altering, as this very serious crime can not only carry some serious penalties – including prison time – but a conviction can also impact your ability to maintain custody of your child or secure child visitation privileges. But, losing child custody is not the only consequence you need to worry about. You may also be unable to get a job or rent a property if the charge is prosecuted as a felony.

What’s more, a conviction on charges of sexual assault against a child will carry a lifelong requirement for registering as a sex offender, which can have a significant impact on your ability to find housing or secure a job – and that says nothing of the significant social stigma.

In recent years, there has been a major increase in the number of accusations involving alleged crimes against children. The news media is constantly reporting on cases involving high-profile sexual assaults on children, child abuse, molestation, child pornography, child neglect and other related crimes.

With such an emphasis on these crimes, even loving parents may be accused of physical child abuse. While California law does allow for spanking, there are cases where a parent is wrongfully accused of abuse. If you have been wrongfully accused, contact our law firm to speak with lawyers who have experience working with clients facing child abuse charges.

An accusation of child abuse or molestation can have serious legal and social consequences for the rest of your life. Those accused of one of these serious crimes against children are despised, ostracized and reviled by society – even if the accusation is later proven to be false. The publicity surrounding an acquittal or the dropping of charges rarely matches the intensity of the initial accusation. The mere mention or suspicion of child molestation or sexual assault crimes is enough to have someone chased out of the community or thrown out of his/her profession.

For this reason, it’s essential to turn to an experienced Long Beach child abuse lawyer with The Law Offices of Jerry Nicholson if you have been charged with child molestation, sexual assault on a child, child neglect or another crime against a child.

Contact The Law Offices of Jerry Nicholson to discuss the specific facts of your case in a free consultation. Call 562-434-8916.

What Should I Do if I’m Accused of Child Abuse? 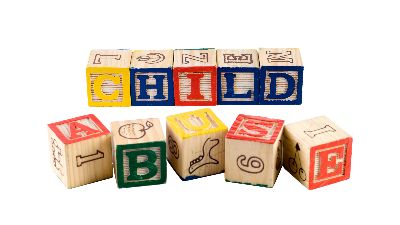 If you are accused of child abuse, it’s essential that you contact an experienced lawyer, such as a child abuse attorney with The Law Offices of Jerry Nicholson.

It’s important to remember that anything you say to another person – including a friend, family member, teacher or medical professional – could be misconstrued and used against you. So it’s generally best to avoid discussing the allegations without your lawyer present to advise.

Additionally, child abuse cases tend to be more prone to garner media attention. For this reason, you should be prepared in the event that media outlets begin contacting you for comment. Again, use caution and avoid speaking about the case without your attorney present.

Many parents make the mistake of speaking with the authorities in an attempt to clear up a case that involves a misunderstanding. But this may only exacerbate the situation. Therefore, parents should also ensure their lawyer is present while speaking with police and other investigators. Any statements given to the authorities can and will be used against you.

If you or a loved one have been arrested for child abuse in Southern California, turn to the criminal defense attorneys with The Law Offices of Jerry Nicholson to discuss your case. Call 562-434-8916.

The following is a look at a few of the key child abuse statutes in California, including California Penal Code Sections 288(a) and 288.5(a). A large portion of crimes against children are prosecuted under these two California statutes.

According to Penal Code 288(a), “any person who commits a lewd or lascivious act on a youngster under the age of 14 is guilty of a felony punishable in the state prison for 3 to 8 years.” Each act constitutes one charge.

California Penal Code 288.5(a) states that “any person who engages in 3 or more acts of substantial sexual conduct with a child under the age of 14, or 3 or more acts of lewd and lascivious conduct, is guilty of continuous sexual abuse on a youngster.” This crime is also considered to be felony which is punishable by 6 to 16 years in California state prison.

Notably, the law defines a “lewd and lascivious” act as any act involving touching that is intended arouse, appeal to, or gratify the sexual desires of either party. However, touching is not a required element of this offense.

There is also some overlap with crimes that are sometimes involved with domestic violence cases. For example, under California Penal Code 273(d) PC, it is a crime to inflict “corporal punishment or injury” upon a child. The act is considered a crime if it is “cruel or inhuman” and results in any sort of injury. Notably, California child abuse laws do allow a parent to administer a spanking, but it cannot be “cruel,” nor can it result in any injury to the child. This is often a point of contention in courts, so it’s important to have an experienced California child abuse lawyer who can assist with your case.

Under California Penal Code 273(a) PC, it is a crime to willfully allow a child in your care or custody to be harmed or endangered. This is considered child endangerment and it may apply to domestic violence cases where a parent allows a partner to strike the child or to otherwise endanger the youngster’s safety.

Another key California child abuse statute is Penal Code section 11165.7, better known as “The Child Abuse and Neglect Reporting Act (CANRA), passed in 1980. This statute names health care providers and school teachers (amongst others) as mandated reporters of child abuse or neglect. These individuals are required by law to report all known or suspected cases of neglect or abuse involving a child under the age of 18.

Our attorneys have provided help and support to people facing a number of different criminal charges, including DUI, sex crimes, and drug crimes. Contact our office located in the city of Long Beach today to learn about our legal services.

If you or a loved one have been arrested for child abuse in the Southern California area, including Los Angeles, Riverside, Ventura and Long Beach, contact the criminal defense attorneys with The Law Offices of Jerry Nicholson to discuss your legal needs. The court system is complex, so you need an attorney who knows the process well and will work tirelessly to defend your rights. If you are interested in becoming a client, arrange a free and confidential case consultation session by calling our Los Angeles County practice at 562-434-8916.