Have you been arrested on charges of terrorist threats or another criminal threats allegation? Not every case involving terrorist or criminal threats involves malicious intent. In fact, many cases are far from “clear cut,” but the court may not see it that way. Some involve an individual who made an off-hand remark in a moment of anger. Or perhaps your remarks were misconstrued, misinterpreted or taken out of context. Whatever the case, you need to ensure that you have a qualified assault and battery attorney who is experienced in defending cases involving criminal threats in California.

At The Law Offices of Jerry Nicholson, we have assisted clients involved in cases with range of different circumstances. In the State of California, a terrorist or criminal threat involves a threat of violence, such as a threat to hurt, injure, or kill others with the intent of intimidating or frightening them or causing public panic.

Examples of terrorist or criminal threats include:

The threat may be made in writing, electronically, by phone, or in person. A threat can also be made against an individual, a group of people, or a public building or workplace.

At The Law Offices of Jerry Nicholson, our elite team of Long Beach criminal defense attorneys are ready to discuss your case. We have many years of experience defending clients who the police have accused of crimes, such as terrorist threats or other criminal threats. We understand the system well, so we will help each client learn more about criminal law so they can make educated decisions regarding their case. Arrange a confidential consultation with a criminal defense lawyer by calling 562-434-8916.

The following is a look at a few of the key criminal threat statutes in California.

Under California Penal Code Section 422 PC, a terrorist or lawbreaker threat is taken very seriously. To be convicted of a criminal threat charge, the alleged act must meet the following five conditions: 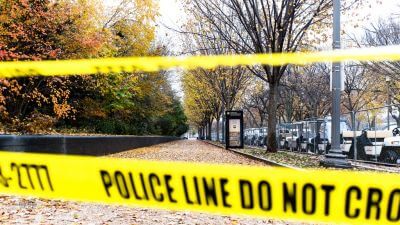 Notably, the California criminal threats statute is regarded as a “wobbler,” meaning that it may be prosecuted as a misdemeanor or as a felony depending upon the unique circumstances of the case. In the case of a misdemeanor, the maximum penalty is up to one year in county jail and up to a $1,000 fine.

In the case of a felony, the maximum penalty under this statute is up to three years in California state prison, plus a fine of up to $10,000. If the accused actually utilizes a deadly or dangerous weapon as they convey their threat, an additional one year sentence may be served consecutively to the criminal threats prison sentence.

Additionally, Penal Code 422 PC can be considered a “strike” under California’s three strikes law. So this type of case may be subject to far more serious penalties.

Some criminal threats may also be considered a form of extortion or blackmail, making you subject to additional legal penalties under Penal Code 518 PC.

It is not uncommon for criminal threats to be charged in conjunction with Penal Code 601, which is a statute for aggravated trespassing. This charge may be filed if someone first makes a credible threat to another person and then proceeds to enter their workplace or home within 30 days of making that threat, with the intent of following through on the threat.

California’s domestic violence laws may apply in cases where the criminal threats are made against a domestic partner, spouse, child, parent, romantic partner or co-habitant.

Under Penal Code 646.9 PC – better known as the California Stalking Law – it is illegal to harass or threaten another to a point where they begin to fear for their safety or the safety of their loved ones. This is another “wobbler” crime, which may be prosecuted as a misdemeanor or as a felony, so the penalty may range from up to one year in county jail or up to five years in CA state prison.

Some criminal threats cases may also be subject to Penal Code 186.22, which is a criminal street gang enhancement. This serious enhancement may be pursued by the prosecutor if an individual makes a threat for the benefit of a street gang. The penalties can include a prison term of 5, 10, 15 or even 25 years to life in prison, served consecutively to a Penal Code 422 PC conviction. Remember, a conviction can stay on your record long after the trial is over, so a criminal threat offense can negatively impact your future.

Outside of criminal threats, our lawyers have handled cases involving sex crimes, DUI, theft, drug possession and other drug crimes, assault, and battery. If you or a loved one have been arrested for making terrorist threats or another form of criminal threat in Southern California, including Los Angeles, Riverside, Ventura and Long Beach, contact the criminal defense attorneys with The Law Offices of Jerry Nicholson for legal advice. We’re available 24 hours a day to discuss your case in a free and confidential case consultation. Call our Long Beach law practice today at 562-434-8916 or fill out the form on this website.

I appreciate Jerry Nicholson for the work that he has done for us and the referral that I gave to him. He is definitely a great and caring attorney and I certainly do not hesitate to recommend him to anyone that I know. I believe because of his level of professionalism, knowledge and caring, we had positive results. I highly recommend Jerry and his law firm for anyone who is seeking a great attorney they can trust and do the job right. We thank you again Jerry.