If you are arrested and convicted of a crime, you may face jail time, fines, and other penalties. The prospect of going to jail or prison can be extremely frightening and life-altering, especially if you’re facing a multi-year sentence. But there are some individuals who may be eligible for alternative sentencing so they can avoid jail time.

If you are seeking to pursue alternative sentencing, Southern California criminal defense attorneys with The Law Offices of Jerry Nicholson are here to help. We’re ready to discuss your case in a fully confidential consultation session. Just call 562-434-8916.

What is Alternative Sentencing and How Does it Help You Stay Out of Jail?

California allows a few different forms of alternative sentencing which can be used as a punishment instead of jail or in conjunction with a reduced or modified sentence. These alternatives to jail include the following.

Stay Out of Jail: Who’s Eligible for Alternative Sentencing in California?

In our experience as California defense lawyers, alternative sentencing candidates tend to be:

If you have been charged with a crime or have been convicted and are awaiting sentencing for your misdemeanor or felony offense, it’s vital that you move quickly to contact an experienced Long Beach alternative sentencing attorney to learn your legal options. Contact The Law Offices of Jerry Nicholson to discuss your case in a fully confidential consultation session by calling 562-434-8916. 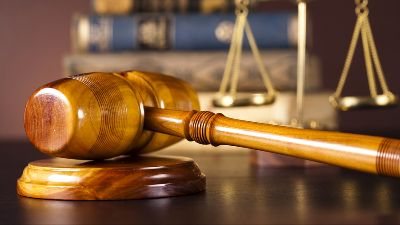 Under California’s alternative sentencing statutes, the judge will be required to consider numerous factors when deciding if you can receive an alternative sentence. This includes the nature of the crime (including whether it was a violent act and whether it involved a weapon), your prior criminal history, whether you’re currently on parole or probation, whether you are a risk to yourself or others, and your character and condition. The judge will also strongly consider whether your imprisonment would serve to protect the public.

In Southern California, jail over-crowding has played a major role in the movement toward alternative sentencing. Per Penal Code 1203.017, when a county jail reaches an “overcrowded” status, misdemeanor level inmates may be allowed to serve the rest of their sentence via house arrest and electronic monitoring.

Penal Code 1000, also called a Deferred Entry of Judgment or Proposition 36 (in reference to the voter initiative of the same name), allows some defendants facing first-time drug possession charges to enroll in a special program. If the individual completes the program and avoids any legal issues for 18 months, they can withdraw a guilty plea and the court will dismiss the case.

Our attorneys have years of experience defending clients in cases involving domestic violence, child abuse, theft, sex crimes, and assault and battery, among other charges. We do our best to help each client receive alternative sentencing so they can get through this process without completely disrupting their life. If you are seeking alternative sentencing in Southern California, including Los Angeles, Riverside, Ventura and Long Beach, contact the criminal defense attorneys with The Law Offices of Jerry Nicholson to discuss your case in a fully confidential consultation session. Call our law firm at 562-434-8916 or fill out the form on this website to speak with a criminal defense attorney.

Jerry Nicholson is a very performance driven attorney. He always goes way beyond expectations. I also like when you call his office that there is always a live person answering your calls at anytime. A+ rating!