Few individuals can trigger an emotional response like a loved one. Unfortunately, in some cases, a person may lose control, leading to a situation involving domestic violence.

These special prosecutors and DV units stand ready to aggressively prosecute anyone who is charged with domestic violence. For this reason, it’s essential to trust your case to an experienced Long Beach domestic violence lawyer with The Law Offices of Jerry Nicholson.

Domestic violence cases can be further complicated by the “he said, she said” nature of these crimes, as there are many incidents where there are no other witnesses present – only the defendant and the victim. This can complicate this type of case, requiring a defense lawyer who is adept at interpreting evidence and building a compelling defense argument based upon the available evidence, with little or no eyewitness testimony.

If you or a loved one are facing domestic violence charges, contact The Law Offices of Jerry Nicholson to discuss your legal needs. Arrange a free and fully confidential case consultation session by calling 562-434-8916.

What is Domestic Violence in California?

Domestic violence charges often occur in the midst of family law disputes over divorce issues or child custody arrangement. However, this is not the only time that a domestic violence offense can occur. Domestic violence is generally defined as an act of physical violence, threatened violence, and abuse that occurs in connection with the following types of personal relationships: 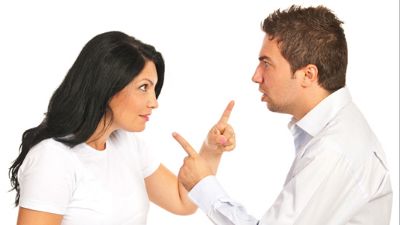 Domestic violence crimes include a broad array of different crimes, including spousal abuse and child endangerment. Any threatening or violent act – even if the accused did not intend to harm or compromise the safety and security of the victim – could serve as grounds for prosecution under California domestic violence laws.

Examples of behavior or actions that may result in a domestic violence charge include threats, intimidation, annoying or harassing phone calls, stalking or physical abuse such as hitting, slapping, punching, pushing, shoving, kicking, biting, pinching, hair pulling or beating.

Some domestic violence cases may also involve sexual abuse, which can include unwanted sexual touching, forced sexual acts, or even criticizing or mocking an individual’s sexual performance or abilities.

Verbal abuse and emotional cruelty may also serve as grounds for a domestic violence case. This can include constant criticisms, name-calling, severe emotional neglect, degrading remarks, mocking, taunting and swearing.

In California, domestic violence charges may be filed as either a felony or a misdemeanor. The filing decision is made by the prosecutor based upon the seriousness of the abusive behavior that is alleged.

An alleged act of domestic violence that results in severe injuries will almost always be charged as a felony. If there has been no injury or only slight injury (such as minor scratching or a mark left where a person was grabbed), the case will generally be prosecuted as a misdemeanor.

Any prior acts of reported domestic violence and any other criminal history of the accused may also influence how the case is prosecuted. An individual with a history of domestic violence may be subject to more severe felony charges in cases where a first-time offender may be charged with a misdemeanor.

In California, misdemeanor domestic violence penalties may include:

In California, felony domestic violence penalties vary, but a conviction usually includes some combination of the following:

If you are facing domestic violence charges, it’s best not to face the courts alone. The criminal defense lawyers at our office can provide you with support and help you learn the legal process so you have a better understanding of your options. Don’t waste any time–call today to learn about our services and how we can fight for your rights.

What if the Domestic Violence Victim Wants to Drop the Charges?

It is fairly commonplace for a domestic violence victim to decide that they wish to retract their allegations because they no longer wish to pursue the case once the situation has calmed. This is due to the highly emotional nature of this type of case.

However, in California, a person can be arrested and prosecuted for domestic violence even if the victim no longer wishes to cooperate with the case. In some cases – particularly those involving incidences of spousal abuse – it is very difficult for the victim to drop charges against the alleged abuser. Authorities tend to be very reluctant to drop domestic violence charges, as many victims are motivated by fear of the abuser and the complex psychological effects arising from long-term, systematic abuse.

The prosecution can proceed with the criminal case even if the alleged victim decides that they no longer wish to cooperate. The prosecutor is the only person with the authority to drop the charges. The victim is merely a witness for the prosecution. Many cases are successfully prosecuted without the victim’s cooperation.

The law governing domestic violence is complex and highly specialized. This makes it very important to hire a Long Beach criminal defense attorney who is qualified, skilled and knowledgeable in defending cases of domestic violence in California.

An experienced Long Beach domestic violence lawyer, Attorney Jerry Nicholson and the entire team at his legal practice have the skills, experience and strategies required to effectively defend clients who are accused of domestic violence. Our firm can also help you to take advantage of programs that serve as jail alternatives such as counseling and probation.

If you have been accused of and arrested for domestic violence, do not rely upon the advice of friends or family. Speak with an experienced criminal defense attorney. Call Jerry Nicholson to discuss the specific facts of your case in a free consultation.

If you are the victim of domestic violence, or feel that you are in danger, our law firm can also help you to seek out a protective or restraining order. Call The Law Offices of Jerry Nicholson at 562-434-8916.

The following is a look at a few of the key domestic violence statutes in California.

Under Penal Code 273.5, domestic battery entails the corporal injury resulting in a “traumatic condition.” This statute requires that the act must leave a visible injury, such as a cut, area of swelling, redness or a bruise. The victim may be a spouse, fiance, child, co-habitant, the parent of your child, or a current or former spouse, girlfriend or boyfriend.

Under Penal Code 243(e)(1) PC, it is a crime to inflict force and/or violence upon a domestic partner, former spouse, co-habitant, or the parent of your child, amongst others. Notably, unlike Penal Code 273.5, this particular law does not require the act of domestic violence to leave any visible injury.

The prosecutor may charge the defendant if the defendant inflicted “serious bodily injury” upon the victim – a greater degree of injury than referenced in the prior penal code.

Under California Penal Code 273(d) PC, it is a crime to inflict “corporal punishment or injury” upon a child. The act is considered a crime if it is “cruel or inhuman” and results in any sort of injury. Notably, California child abuse laws do allow a parent to administer a spanking, but it cannot be “cruel,” nor can it result in any injury to the child.

Under California Penal Code 273(a) PC, it is a crime to willfully allow a child in your care or custody to be harmed or endangered. This is considered child endangerment and it may apply to domestic violence cases where a parent allows a partner to strike or endanger the child’s safety.

Sadly, some cases involve elder abuse. So per Penal Code 368 PC, it is a crime to inflict physical or emotional abuse, neglect, endangerment or financial fraud against a victim who is age 65 or older. This typically applies to caregivers, although others who have contact with the victim, including family members, may be charged with elder abuse.

Another key California domestic violence statute is Penal Code 591 PC, which makes it a crime to damage a phone line or phone equipment during a domestic incident or other crime in an attempt to prevent a victim for calling for help. This can be charged as a misdemeanor or felony.

If you or a loved one have been arrested for domestic violence in Southern California, including Los Angeles, Riverside, Ventura and Long Beach, contact the criminal defense attorneys with The Law Offices of Jerry Nicholson to discuss your legal needs. We also provide legal advice to domestic violence victims who need help taking legal action, such as securing a restraining order. Arrange a free and confidential case consultation session with a criminal defense lawyer in our law office by calling 562-434-8916 or filling out the form on this website.

Jerry is a professional who cares deeply about his clients. While I have not had to engage him in his area of expertise, he has been an amazing resource for referrals and assistance in navigating the complexities of our legal system. He has a tremendous knowledge and grasp of the law and fights for what is good and right. Keep up the good work!