In California, burglary can take several forms, including breaking and entering, residential burglary or commercial housebreaking. Under California Penal Code 459, the act of entering a building with the intent to commit petit theft, grand theft or some other felony is classified as housebreaking.

This type of case if often charged as a felony, which means you could face some serious penalties, including incarceration and hefty fines. In some cases, the defendant may receive a felony “strike”, which can have serious implications under California’s three strikes law. For these reasons, it is especially important to trust your case to a top Long Beach burglary lawyer with the experience and strategies required to maximize your chances of a positive case resolution.

If you or a loved one are facing burglary or breaking and entering charges in Southern California, including Los Angeles, Riverside, Ventura and Long Beach, contact the criminal defense attorneys with The Law Offices of Jerry Nicholson to discuss your case in a fully confidential consultation session. Call 562-434-8916.

What Are the Different Types of Burglary?

The act of first degree burglary, also known as first degree housebreaking or residential housebreaking, applies to a variety of premises, such as homes, attached garages, boats, floating homes, trailers, railroad cars, aircraft, warehouses, and the inhabited portions of any building.

The contemplated felony need not be completed in order for burglary to have occurred. Entry with the intent to commit a theft or another felony within the structure can serve as sufficient grounds to constitute housebreaking. First degree breaking and entering is considered a serious felony and it is a charge that is typically counted as a “strike” in California.

Notably, a person can be charged with second degree burglary if he or she is caught with scissors or some other cutting tool that is used to open packages or remove price tags while inside a retail business.

What Are the Penalties for Burglary in California? 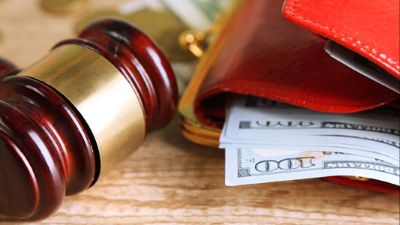 In California, the penalties for burglary, including breaking and entering, residential burglary and commercial housebreaking can include prison time, fines and restitution.

A case of first degree burglary is punishable by two, four or six years in state prison except in very unusual cases where probation and county jail are ordered instead. Other penalties, such as fines or restitution could also be ordered.

First degree housebreaking is also considered a “strike” under California’s “three strike” sentencing laws. As a result, if you were to be convicted of any other felonies in the future (including minor drug offenses or felony petty theft), your sentence in the subsequent case will be doubled.

In California, second degree burglary is punishable by a sentence in county jail or state prison depending upon whether the case is prosecuted as a felony or as a more minor misdemeanor.

Second degree housebreaking is considered a “wobbler” in the California criminal justice system, meaning that it can be charged either as a felony or misdemeanor. If charged as a misdemeanor, then the maximum sentence is one year in county jail. If charged as a felony, the maximum sentence is three years in state prison. However, second degree housebreaking is not considered a “strike” under California law.

As you can see, burglary charges are very serious and an experienced and skilled criminal defense lawyer should be consulted if you or a loved one have been arrested on charges of burglary.

The Long Beach breaking and entering lawyers with The Law Offices of Jerry Nicholson have many years of experience defending clients who are accused of burglary and other criminal charges. Our goal is to find a way to bring about a favorable outcome for every client.

If you or a loved one are facing burglary or housebreaking charges in Southern California, contact the Long Beach criminal defense attorneys with The Law Offices of Jerry Nicholson to discuss your case. A conviction can stay on your record for years after the trial is over, which is why it’s important to bring an experienced lawyer with you to court to defend your rights. Call 562-434-8916 today.

The following is a look at a few of the key burglary, housebreaking and breaking and entering statutes in California.

Our lawyers have experience representing clients facing a variety of charges besides burglary, including sex crimes, DUI, domestic violence, marijuana possession, robbery, assault, and battery. Contact our office for legal advice about your case as soon as possible after an arrest.

If you or someone in your family is facing burglary charges in Southern California, including Los Angeles, Riverside, Ventura and Long Beach, contact the criminal defense attorneys with The Law Offices of Jerry Nicholson to discuss your case in a fully confidential, no-cost consultation session. Call our firm at 562-434-8916 or fill out the form on this website to receive help from a criminal defense attorney.