Top-Rated Lawyers Helping Clients Have Their Charges Reduced Or Dismissed

California criminal law takes a serious stance toward assault and battery crimes, imposing harsh penalties that can include jail time, prison time and serious fines. Some offenses even qualify as a “strike” (relative to California’s “three strike law).

An assault and battery case can arise in many different situations. Some cases involve self defense, while others involve an emotionally-driven spur of the moment act. Whatever the case, it’s vital that you trust your case to an experienced Long Beach violent crimes lawyer with The Law Offices of Jerry Nicholson.

Our Southern California law firm handles many different cases involving assault, which is defined as “the unlawful attempt to violently injure another person.” Battery is defined in California as the “unwanted touching or striking of another person, or anything connected to that person.” Battery is a willful violent act, which causes physical harm. Threats to commit injury and attempts to physically injure someone are also considered crimes.

If you or a loved one are facing assault and battery charges in Southern California, including Los Angeles, Riverside, Ventura and Long Beach, contact the criminal defense attorneys with The Law Offices of Jerry Nicholson to discuss your case in a fully confidential consultation session. Call our office at 562-434-8916 for the legal resources and help you need.

What Are the Penalties for Assault and Battery Crimes in California? 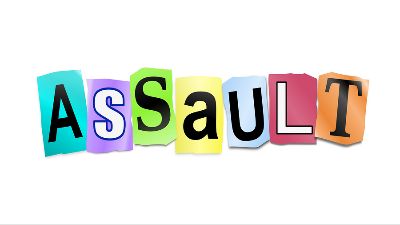 An assault and battery case can arise in many circumstances, from a domestic dispute, to a spur of the moment fight between strangers, to a calculated, premeditated act of violence involving a dangerous or deadly weapon.

Some assault and battery cases are charged as misdemeanors, while others are charged as felonies. Some of the most serious felony charges can qualify as a “strike.” This means that any subsequent sentences will be more severe than if you had no criminal record.

For instance, a convicted felon with a prior strike may face a double prison sentence for any future strike convictions.

The consequences are many and varied, including:

Any conditions which make the assault and striking worse, called enhancements, will increase the eventual punishment.

Additionally, it’s also possible that you could suffer other challenges, such as difficulty securing a job or a rental property due to background checks.

Due to the serious nature of these potential consequences – especially in cases involving a possible “strike” – it’s essential that you trust your defense to an experienced assault and battery lawyer with The Law Offices of Jerry Nicholson. Our objective is to eliminate and/or minimize any adverse effects, penalties and consequences arising from your case.

Our legal team can also craft a strategic defense to the charges, which can include an act of self-defense (or an act of defense to protect another person), a non-willful act or in the case of battery on a child, it could be argued that you were acting within your rights to reasonably discipline your child. Each defense strategy is developed based upon the unique facts in your case.

It’s best to seek representation from a top attorney in your area as soon as possible after an arrest. Find an attorney who knows the legal process well, and can help you from the moment after an arrest all the way through the court appearances. Contact The Law Offices of Jerry Nicholson for a fully confidential consultation session with a criminal defense lawyer by calling 562-434-8916.

Jerry did an amazing job with my case. He explained what was happening and would give examples or simplify it so that I could understand. He got us an amazing plea bargain. I paid 1.5k instead of 8k because Jerry found something in the court papers. I would recommend Jerry to anybody that is able to afford a private lawyer. – Jasmine Gamino

Our lawyers have years of experience defending local clients in cases involving drug crimes, DUI, sex crimes, and theft, among others. If you are facing an assault or battery charge in the Southern California community, including Los Angeles County, Riverside, Ventura and Long Beach, contact the criminal defense attorneys with The Law Offices of Jerry Nicholson to discuss your case in a fully confidential, no-cost consultation session. Call 562-434-8916 or fill out the form on this website to speak with a criminal defense attorney about your legal options.

Jerry Nicholson is more than an attorney, he's the person to go to when your world falls apart and you need someone who will stand steadfastly behind you and also have the expertise to make everything right. Jerry is professional, knowledgeable, but most importantly, ethical. He has a heart and he cares. He goes above and beyond to ensure that you are ok. I have had to use Jerry for a few issues and have been impressed with him every time.